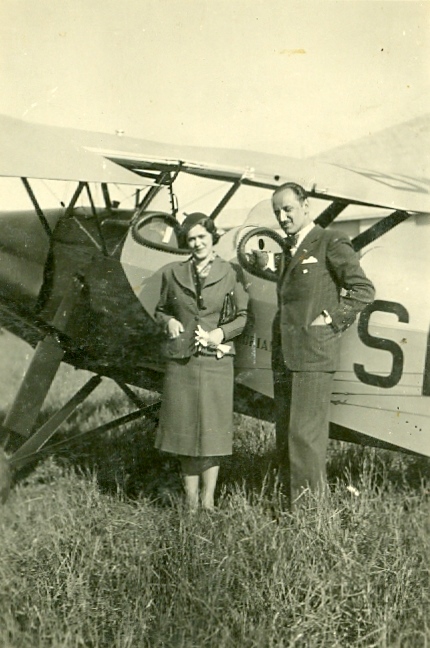 The curator can be reached for an appointment either by phone or email.

The Fronczak Room Collection (BUTL 207) was established in 1970 through the efforts of Dr. Walter M. Drzewieniecki, then Professor of History and Director of the East European and Slavic Studies Program at Buffalo State College. It forms part of the Archives of the college and is currently curated by Wanda Slawinska.

The Fronczak Room Collection is a repository of primary source and other materials related to the Polish-American community in Western New York, one of the largest ethnic communities in the area. It includes papers, manuscripts, publications, flyers, official documents, photos, paintings, WWII memorabilia, and other items.

The Fronczak’s most important and extensive collections are related to the lives and careers of Dr. Francis E. Fronczak (1874-1955) and Dr. Walter M. Drzewieniecki (1914-2010) and their families (see below for detailed descriptions).

Dr. Fronczak was Buffalo’s first famous Polish-American professional. A doctor and humanitarian, he also became Buffalo’s Commissioner of Public Health. He was an activist for Polish-American and Polish causes, most importantly, participating in organizing American support for the cause of Polish independence and Polish War Relief in the aftermath of WWI. In these efforts, he worked with some of the most famous Polish activists of the time.

Dr. Drzewieniecki started his professional career as an Army officer in Poland in the 1930s, fought in WWII, and then immigrated to the U.S. By the 1960s, he had received a doctorate from the University of Chicago and was teaching History at Buffalo State. During the same decades, his wife, Zofia Drzewieniecki, transformed herself from a lawyer in Poland to a librarian in the U.S., who also worked at Buffalo State in the last stage of her career. In the meantime, the couple farmed and did other jobs till they were able gain the credentials for their new careers. During his time at Buffalo State, in addition to his teaching responsibilities, Dr. Drzewieniecki found time to participate in various committees, serve a term as Chairman of the History Department, publish articles, and, most importantly, established the East European and Slavic Studies Program in the late 1960s. Additionally, from the time he arrived in the United States until the end of his life, Dr. Drzewieniecki was very active in Polish-American community. He published widely in Polish-language publications in the U.S. in the early years, was a member of Polish veterans’ organizations all of his life, supported selected Polish organizations around the world through regular donations, and, most importantly, founded the Polish Cultural Foundation in Buffalo, an organization that has sponsored a wide-variety of cultural events from the 1970s to date.

Dr. Fronczak and Dr. Drzewieniecki are both examples of men who overcame different kind of obstacles to reach their goals and become leaders who made significant contributions the local Polish community, Poles abroad, and to Western New York in general. Dr. Fronczak achieved a high position in local government at a time when there was still significant prejudice against Poles in Western New York and he also devoted great energy to helping Poles in both the U.S. and Poland. Dr. Drzewieniecki re-started a completely new career in a new country at age of 40 and, like Dr. Fronczak, combined a successful professional career with active participation in the life of the Polish-American community.

The collection is available to all researchers and new donations are welcome.