The Rita Smith Papers are open for research.

Rita Irene Smith was born and raised in Western New York. She attended D’Youville College and upon her completion of school, began working at the Buffalo Courier- Express, as a copy girl. She published her first articles with the byline Rita I. Smith in 1944. Committed to her life as a journalist, Rita was fascinated with the world at large and began traveling alone in the mid–1950’s.

Among Rita’s many adventures, she dined with the Queen of England and was invited into the home of the then King and Queen (Hope Cooke) of Sikkim.  In her travels she discovered Mother Teresa, nearly 20 years before she would win the Nobel Peace Prize.  Rita was devoted to telling the story of the people that didn’t live in the spotlight, whose stories might go untold or unnoticed. She used her clear voice to shine a light and tell stories of the diverse people she met from around the globe.

In 1957, Rita traveled to Egypt, South Africa, and the Holy Land by herself. In 1967, she went on a two month tour around the world, alone, without reservations or an itinerary. She adventured out into the world and made her way around it. Rita spent her life traveling Australia, New Zealand, India, Peru, Mexico, Sikkim, The Soviet Union, Soviet Central Asia, Hong Kong, and so many more places.  When she returned to Buffalo, she delighted her readers with the stories of the people she met and the places she saw. She brought the world to Buffalo’s doorstep and shared her unique voice that is still relevant today.

Rita had three columns in the Buffalo Courier-Express that ran for extensive periods of time, all the while writing feature articles and editing the newspaper, the “It’s Your World” column, from 1965- 1973; “Getting It Together” from 1974–1978, a column about being single, getting divorced, moving on, and dating; and “All People” from 1980 - 1987, which focused on telling other people’s stories. According to Rita’s notes, she is the first journalist to have a singles column in Western New York.

Rita Smith’s Papers contain thoughts, ideas, and stories that span nearly five decades and topics that embody the breadth of human emotion and experience. The collection itself is made up of journalistic research, notes, rough drafts, published articles and correspondences, as well as photographs of a personal and journalistic nature. Contextually, Rita Smith published her first article in 1944, during the Second World War, and published articles well into the 1980’s. She wrote about the transformation of people as it was occurring. This collection is infinitely rich, because Rita had a love for people and life that reflects in her words throughout her career.

Discover the columns she wrote like "Getting It Together," "It's Your World," and “All People,” as well as the many feature articles that often touched on difficult issues.  The topics are as varied as her subjects and the places she visited. One only need to begin reading to get lost in the world she experienced every day.   There are also letters from readers who wrote with their own stories in hope that she would tell it better than they could themselves.  Her notes are varied and sometimes difficult to read. However, as a whole they offer a perspective of a journalist, a columnist, and an adventuring world traveler.  Her travel journals and articles are fantastic and offer an opportunity to see the world through her eyes, first-hand, about what was happening in other parts of the world.

Rita Smith’s columns are organized by date and column name and housed separately from Rita’s research and notes. Whenever possible, the journalist’s notes and research are labeled with the corresponding article names or subjects. Articles/columns written by Rita Smith can be found in Series no. 4 through no. 7, while the corresponding research and notes, including articles written by various authors from numerous periodicals, can be found in Series no. 12.  Photographs are labeled to reflect their association with articles, subjects, and places. Correspondence is housed chronologically.

It deserves to be noted that in some cases there are extensive notes and research. For example, the Rita Smith papers contain a collection of notes and articles about Mother Teresa dating from 1960 through 1987, with special notations regarding her life in India, the missionaries, the nuns and brothers who served, and the Nobel Peace Prize. Notable also is the photocopied note from Mother Teresa to Rita Smith, as well as a Mother Teresa Nobel Prize Winner stamp found amidst the correspondence.  There are also photographs of Mother Teresa and Pope John Paul II together.

To researchers please be aware, some items have been damaged by water and there are some gaps in the chronology of articles. The Buffalo State Archives and Special Collections also houses the Buffalo Courier–Express Newspaper “morgue” from the 1960’s to 1982 and the paper’s entire run on microfilm that can be used to fill some article gaps. 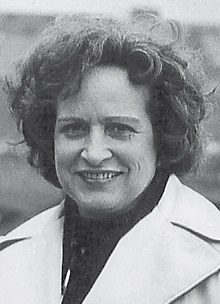