Access: The Courier-Express Photograph Collection is open for research.

The Courier and then the Courier-Express took a liberal position on all issues. In the late 1970s, the Courier-Express was sold to Cowles-Media, an out of state publisher. Cowles Media decided to close the paper in 1982. The September 19, 1982 issue was the last one for this very popular Buffalo newspaper. Cowles Media donated the library to the Buffalo and Erie County Historical Society and Buffalo State College.

Scope and Contents:
The Courier-Express Photograph Collection spans from the early 1960s to the mid to late 1980s. It is subdivided into two categories alphabetically: topic and name of individual. The collection contains over 100,000 print images used to complement published and unpublished articles. In addition, most photo files contain the associated article. Topics can range from the Buffalo Bills to photos of elementary schools in WNY.

Searching for a Specific Person? 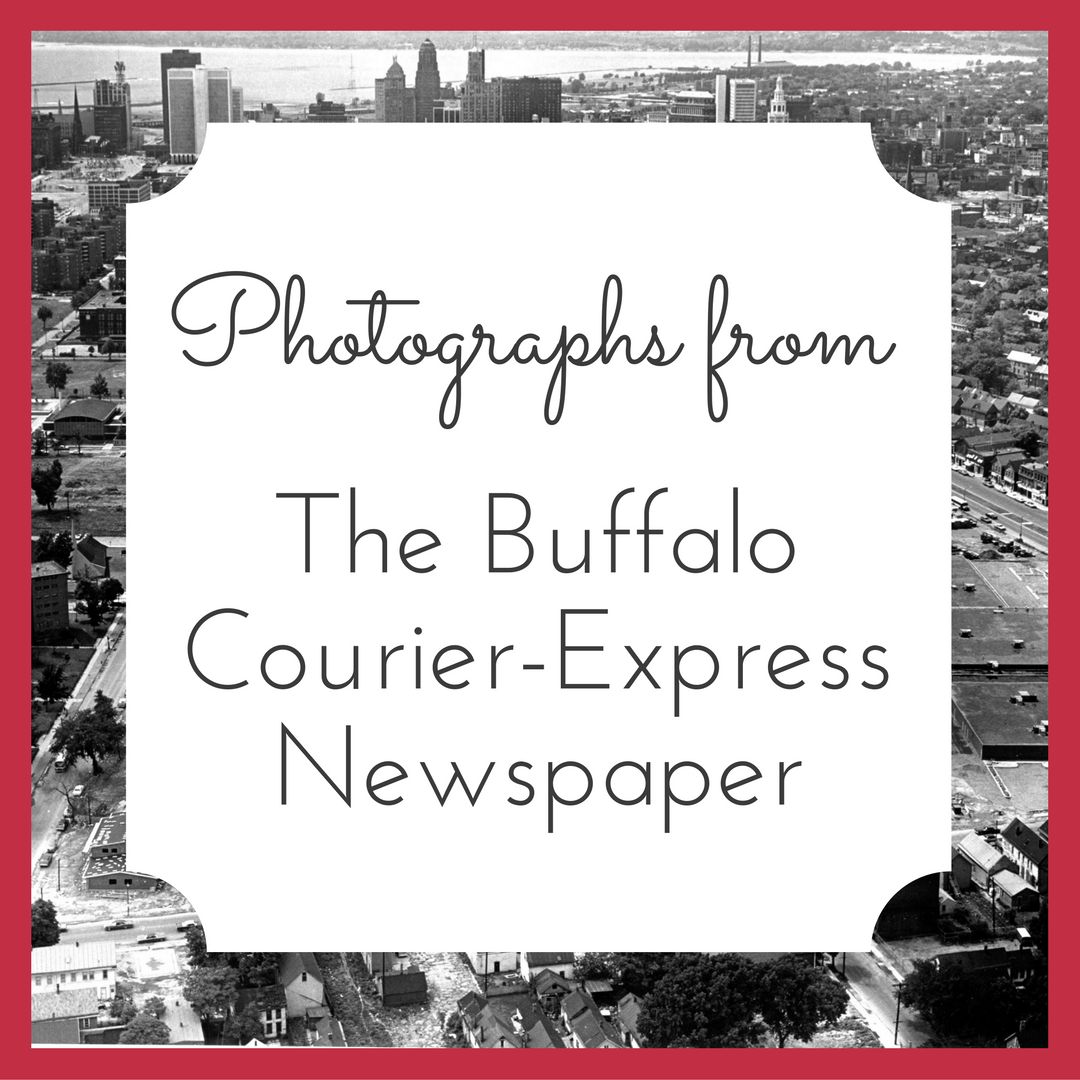