The Christian Recorder was first published in Philadelphia, Pennsylvania by the African Methodist Episcopal Church in 1854 under the editorship of the Rev. J.P. Campbell. This early edition was short-lived, however, and in 1861, under the editorship of Elisha Weaver, the New Series, Volume 1 began. Under this new leadership the Recorder was introduced into the South by distribution among the negro regiments in the Union army. Benjamin T. Tanner became editor in 1867, and was followed in that position in 1885 by the Rev. Benjamin F. Lee who served until 1892.

The Christian Recorder embodied secular as well as religious material, and included good coverage of the black regiments together with the major incidents of the Civil War. The four-page weekly contained such departments as Religious Intelligence, Domestic News, General Items, Foreign News, Obituaries, Marriages, Notices and Advertisements. It also included the normal complement of prose and poetry found in the newspapers of the day. 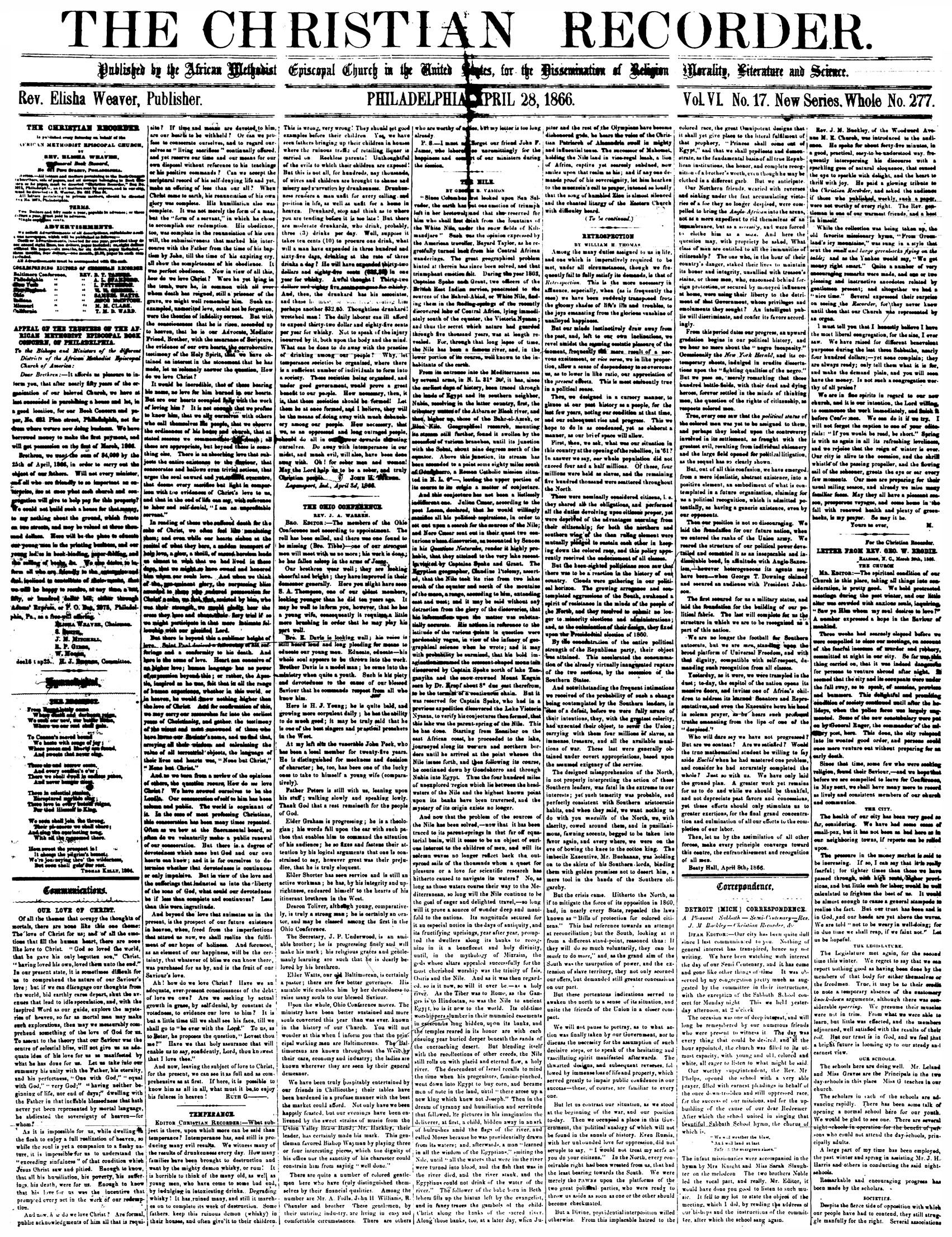