Initially published under the name The Weekly Advocate, New York's Colored American was a weekly newspaper of four to six pages. It circulated in free black communities in the Northeastern United States.

The Colored American focused on the moral, social, and political elevation of free colored people and the peaceful emancipation of slaves. The newspaper had a wide spread of subscribers, and employed agents in various cities, as well as abolitionists, for its marketing needs. The paper also received help from African-American churches and local abolition societies by way of fund drives and donations. Occasionally, the newspaper received cash infusions from prominent white allies. All of the donations, fund drives and supplements helped the paper to publish 38 articles and survive through 1841. Thanks to the subscribers, the interesting articles and the extra funding sources, The Colored American became an important paper of its time. 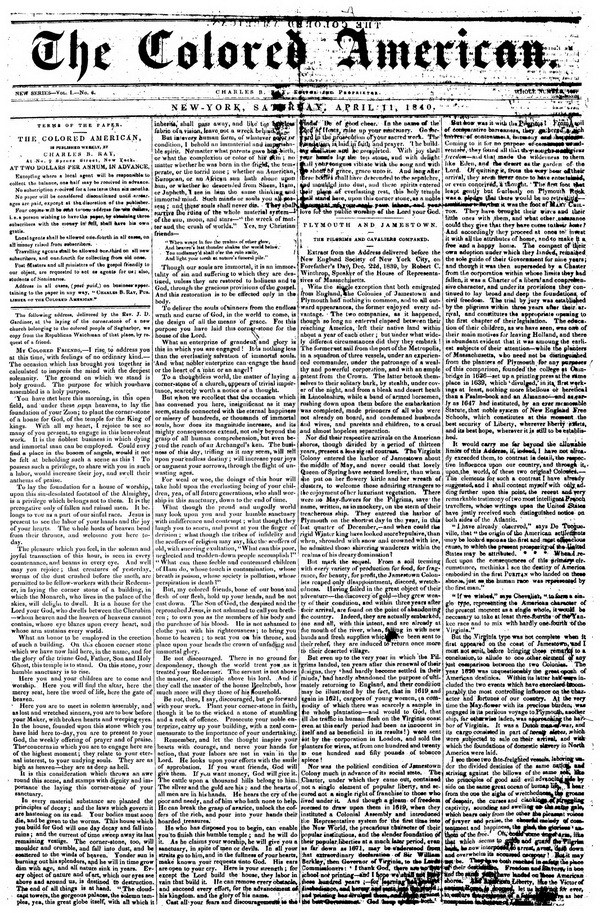