The name of Dr. Robert Nathaniel Dett, noted composer, conductor, pianist, poet, and educator, who died in Battle Creek, Michigan on October 2, 1943, only nine days before his 61st birthday, will always have a special significance for the music world. At the time of his death he had become a figure of international prominence through his compositions and the singing groups which he directed. He had also been an inspiration to countless students of music, the most prominent of whom is Miss Dorothy Major, celebrated soprano, who studied with Dr. Dett when she was a student at Hampton Institute.

Dr. Dett, youngest of the three sons of Robert Tue and Charlotte Johnson Dett, was born in Drummondsville, Ontario, Canada, on October 11, 1882. He was a Presbyterian and a Republican. On December 27, 1916, he married Miss Helen Elise Smith, pianist of New York, who later was a music instructor at Hampton Institute and at Bennett College. They had two children, Mrs. Henry Noyes (Helen Dett), a graduate of Bennett College, and Miss Josephine Elizabeth Dett, who attended Bennett College and Hampton Institute, and one granddaughter. 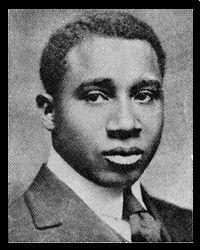