First Baptist Church is one of the oldest and most active churches in Niagara Falls. They can trace their beginnings to 1843 to a lot on First Street proposed by Augustus Porter, for the express purpose of a church. First Baptist continued to see growth in the late 1800's, even despite a "dormant" period between 1874-1885 in which many members left for other congregations. After this time, a new spark of activity began at the church. The church continued to grow and with the bigger presence of nearby railroads, it was determined to seek a new location for First Baptist. The old church was used until 1901, at that time they moved to their current location at the corner of Main and Fourth in downtown Niagara Falls. Soon, additions were made to the church, including Sunday school rooms and a gymnasium. Though the area of downtown Niagara Falls has drastically changed many times over the years, First Baptist continues to be an anchor for the community.

Click here to visit the online collection of the First Baptist Church of Niagara Falls Papers. 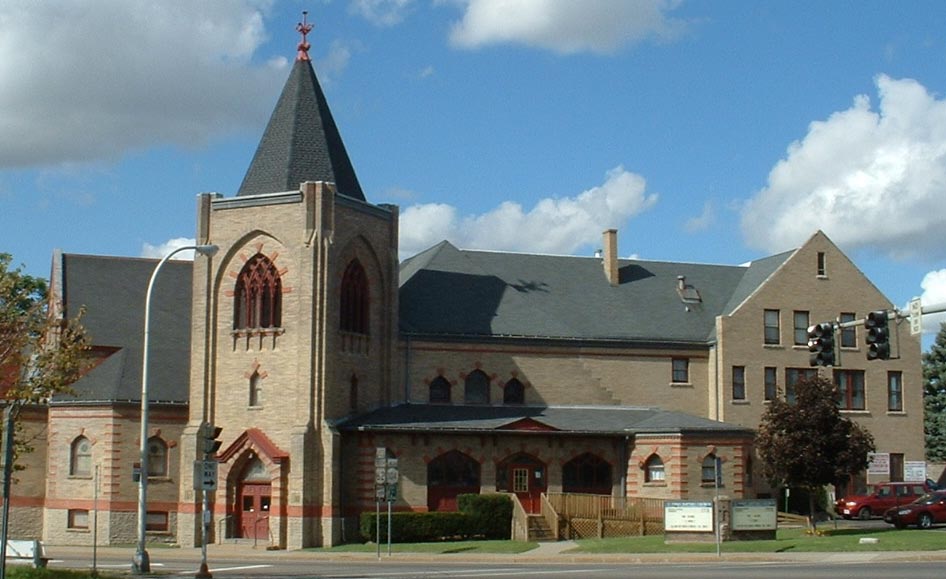