The First Presbyterian Church of Niagara Falls was founded in 1824 by 5 citizens under the leadership of Rev. David Smith. First meetings of the church were held in a log school house located on Prospect Street.  The present stone building was constructed in 1841 on First Street at the cost of $8,000 including the cost of the lot.

The original Board of Trustees of the "First Presbyterian Society of Niagara" included some of the area's most prominent citizens and founders of Niagara Falls. In addition to the original five organizers were Augustus Porter, Samuel DeVeaux, Ira Cook and Ziba Gay. Judge Porter was the first permanent white settler of the area, and along with his brother General Peter Porter, owned Goat Island and all the lands in the area. The famous Native American, Chief Red Jacket and General Lafayette were frequent visitors to the Porter household. Later members of First Presbyterian have been instrumental in founding several of the other churches in Niagara Falls.

In 1970 the church was scheduled to be demolished as part of the city's Urban Renewal program. Fortunately, the congregation's fight to save the building was successful and this magnificent facility still proudly stands as the symbol of Niagara's oldest church.

The Monroe Fordham Regional History Center maintains a digital collection of the ledgers and, and registers of First Presbyterian Church.

Click here to visit the online collection of the The First Presbyterian Church of Niagara Falls. 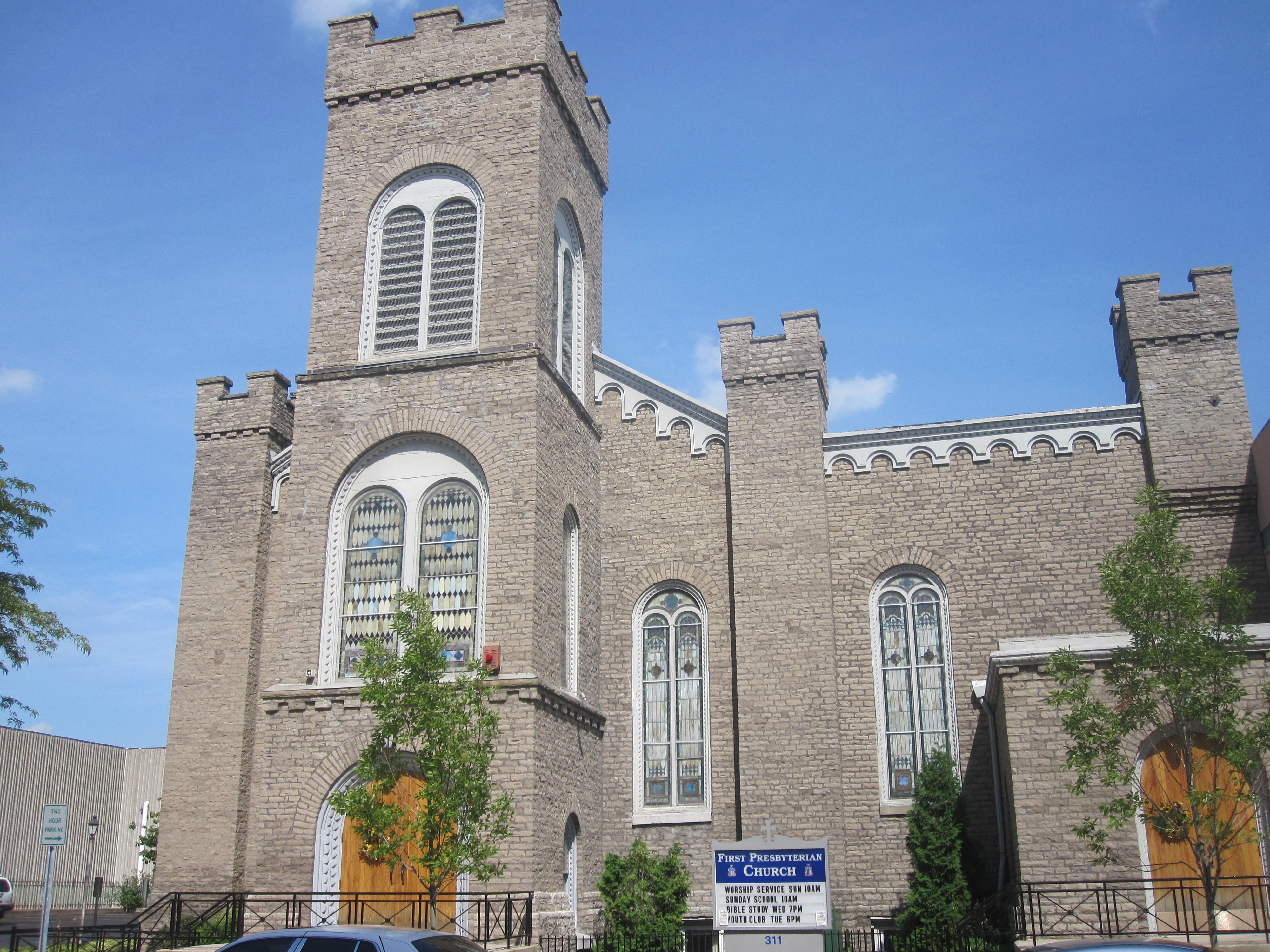