In church circles “Clem” Hodges was known as “Mr. Layman.”  His many years of dedication and hard work earned him a statewide and national reputation as a special Baptist layman.  In addition to his church work, Mr. Hodges was a leader and activist in many community organizations, as well as local and statewide boards in his profession--Social work.  In 1991, he retired from his position as Director of Social Work Services for the Veterans Hospitals in Batavia and Rochester.  Mr. Hodges life was a model of total dedication to helping people and public service.

For more than 50 years he was an active and prominent member of First Shiloh Baptist Church, Buffalo. He was a past Chairman of that church’s Christian Education Department; a member of the First Shiloh Board of Trustees; vice president of American Baptist Churches of the Niagara Frontier; past president of the Laymen’s Departments of the Empire Baptist Convention and the National Baptist Convention.  He was known as a leader and an innovator in the Baptist Laymen’s movement.

Mr. Hodges was involved with numerous community organizations and activities.  He was president of First Shiloh Development Corporation.  In that position he was a “driving force” behind that Corporation’s partnership with the Ellicott Mall housing development.  He was a board member of the American Red Cross; a vice-president of the Buffalo United Way; a member of the boards of directors of the Erie County Medical Center, Housing Opportunities Made Equal, Westminster House and Community Center, and the Buffalo Branch NAACP.  He was a member of the committee that wrote the constitution for B.U.I.L.D. of Buffalo, a federation of community organizations.  He was also a founder and vice-president/treasurer of 1490 Enterprises, a community service center and senior housing provider.

Mr. Hodges was also an active member of state and national boards and organizations in is profession.  He earned an M.S.S. Degree from the SUNY Buffalo School of Social Work.  In later years he was a Field Instructor in the Graduate School of Social Welfare, SUNY Buffalo.  He was a member of the NY State Board for Social Work.  Mr. Hodges was chairman of a committee on certification for the Academy of Certified Social Workers.  His activities are summarized in folder # 10 (biographical).  In a larger sense this collection of materials is a testament to his long involvement in activities and programs to help people.  In recognition of his years of service and dedication, The Clemmon Hodges Community Center was named in his honor.

His wife, Mrs. Leah Hodges, was also active in her church and in numerous community organizations and activities.  She was an educator by training and was also known for involvement in the Buffalo LINKS and Pan Hellenic activities.  Her papers are contained in folders 58-65.

The papers in this collection were organized and prepared for microfilming by Mrs. Marie C. Baker, Mrs. Leah E. Hodges, Mrs. Freddie Mae Fordham, and Monroe Fordham.  The papers were filmed by Buffalo State College student, Kelly Allen under the auspices of the Monroe Fordham Regional History Center, at Buffalo State College.  The microfilming project was supported by a grant from New York State. 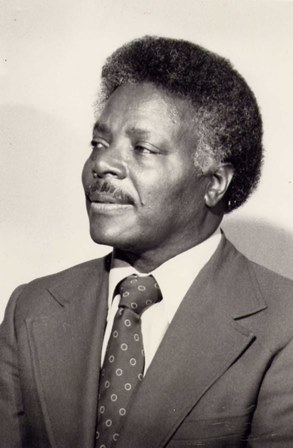