In 1849, the Northern Star and Freeman’s Advocate was merged with another paper, and was renamed the Impartial Citizen. The new paper, published in Albany, failed two years later. One possible reason for the failure was the enactment by the U.S. Congress of a harsh Fugitive Slave Law as part of the Compromise of 1850. The newspaper was founded and composed by Stephen Myers, a prominent publisher who became an effective abolitionist lobbyist.

Stephen Myers held a variety of jobs over his lifetime but he is best known as a leader of the local Albany, New York Underground Railroad before the Civil War. Myers was also a prominent publisher who became an effective abolitionist lobbyist.

Myers was born into slavery in Hooksick, New York, a town just north of Albany. He was freed when he was 18 years old. In 1827 he married Harriet Johnson and together they had four children. Myers worked as a grocer and a steamboat steward on vessels sailing between New York City and Albany. Into the late 1830s, he began helping escaped slaves, and eventually began publishing.

In 1842 Myers began publishing the Elevator, a short-lived abolitionist sheet. Soon, he began working with the Northern Star Association, an abolitionist group, and founded its newspaper, the Northern Star and Freeman’s Advocate. This anti-slavery and reform newspaper was directed toward local free blacks and was published with the assistance of his wife, Harriet. The Northern Star office and the Myers home were used on occasion to provide comfort and support to fugitive slaves. As such Stephen and Harriet Myers helped hundreds of escaping slaves face the last leg of their northward journey to Canada. Because of their work, the Albany station developed the reputation for being the best organized section of the Underground Railroad in New York State.

By 1848 Myers had become the leading spokesperson in the Albany area for anti-slavery activism. He appeared at events and conferences in the region as a representative of the Albany Vigilance Committee, the leading local abolitionist group.

Myers was also prominent in the campaign for African American voting rights in New York. His next newspaper, the Telegraph and Temperance Journal (1851-1855) focused as much attention on voting rights in New York as it did on the abolitionist cause.  As founder of the Albany Suffrage Club and later president of the New York State Suffrage Association he also lobbied state legislators to amend the New York state constitution to strike down the $250 property requirement that applied only to black voters in the state. Because of his local prominence Myers represented upstate New York in the National Convention of Colored People in 1855. Myers who began his life as a slave lived through the Civil War and saw total emancipation with the Union victory in 1865. Unfortunately he also saw the death of his wife Harriet that year.  Five years later Stephen Myers died in his home in Albany, New York.

More information can be found at: http://www.blackpast.org/ 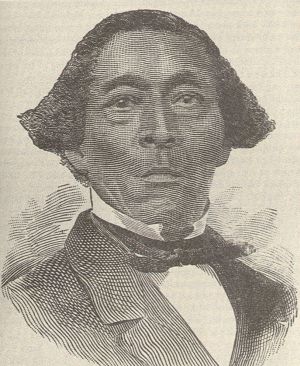