The first person to introduce Methodism to the North Ridge area was Olive Beach. In 1816, she walked through the woods toward the shores of Lake Ontario in search of Brother Ash, a local Pastor who could possibly serve the area. Brother Ash agreed to hold bi-monthly services at the home of her parents, Aaron and Rachel Beach, early pioneers in Western New York. The congregation was officially incorporated in 1824. Pastor Shephardson was sent by the Genesee Conference to succeed Brother Ash. The area became the Lewiston Circuit served by the renowned “Circuit Riders.”

The Church building is on land donated by an early pioneer in this area, Reuben Wilson, and his children. Construction of the church began in 1846; the architecture is Greek Revival featuring historically distinctive cobblestone masonry. The cobbles are mostly from Lake Ontario.

The building was completed in 1848. The first service, however, was held in 1847, with those in attendance standing or sitting on piles of lumber since there were no seats yet installed. The Rev.Elijah Wood presided over the service. In 1964, the East Wilson Methodist Church on Chestnut Road was closed due to declining attendance. Many of the members there joined with the North Ridge congregation. In 1966, North Ridge became an independent charge; this also marked the 150th year of Methodism at North Ridge.  In 1968, the Methodist Church merged with the Evangelical United Brethren Church to form the United Methodist Church.

Over the years, several renovations and additions have taken place within the church building.  In 1976, the sanctuary was painted and re-carpeted; in the 1980s, a Sunday School wing was added along with a larger dining room and kitchen in the basement; in the late 1990s, an elevator with access to all 3 floors was installed to allow those with physical challenges to be able to move throughout the building with ease; in the 2000s, a secretary’s office was added along with the painting and refurnishing of the Pastor’s office; in the 2000s, the “Red Room” was renovated to become a Fellowship Room with a gathering area for the Sunday School, space for our choir’s rehearsal, a serving area for Coffee Hours and other receptions and a comfortable seating area where meetings can be held and the congregation can assemble for a social time before and after the services.

On June 16, 2002, North Ridge UMC was placed on the State and National Registers of Historic Places.  A ceremony and program of celebration was held in 2003 to celebrate the bi-centennial of the Town of Cambria and to recognize the history of our church.  The church celebrated its bicentennial in 2016. 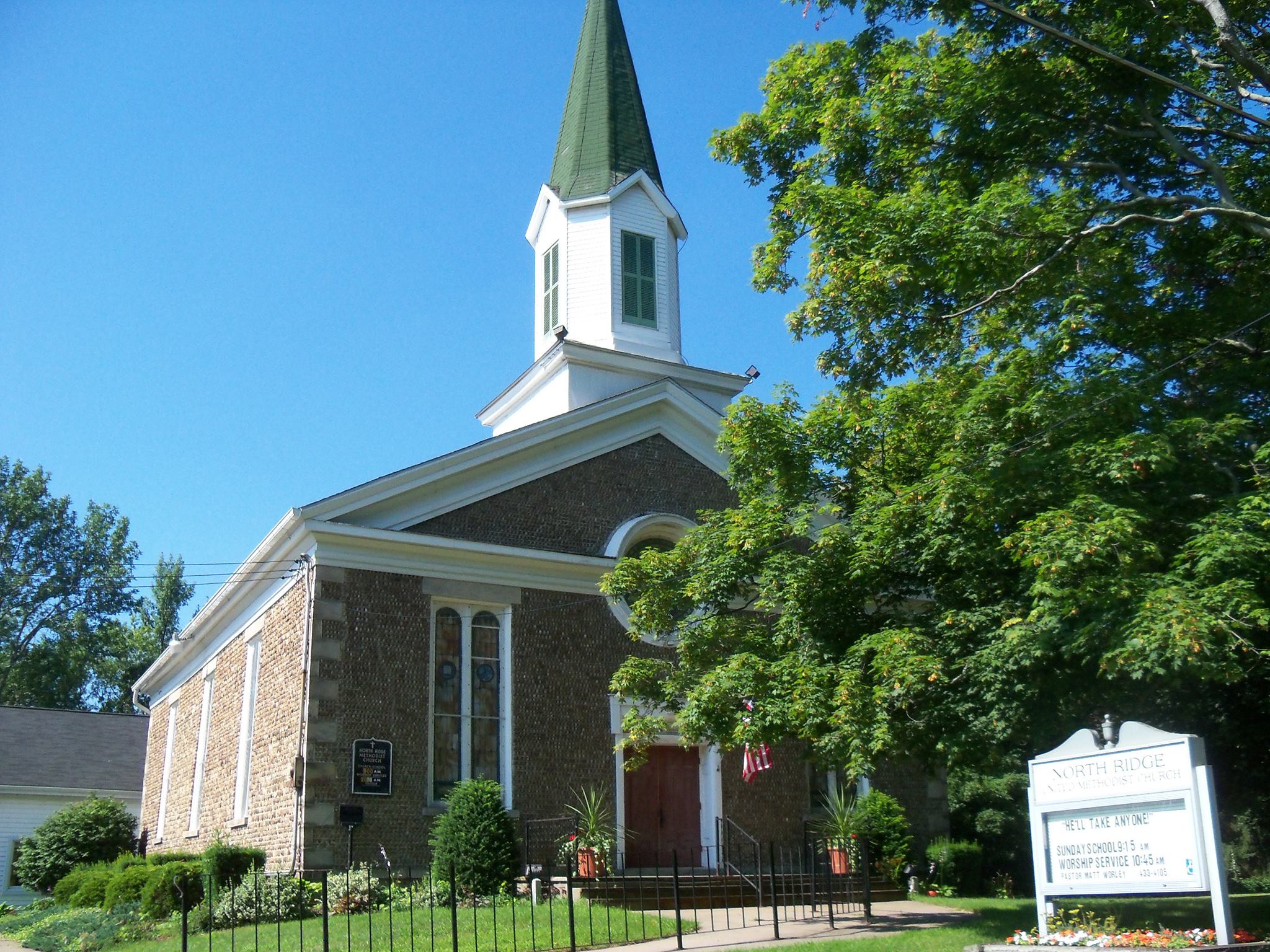